Actually, it’s more of a friendly competition when it comes to the traveler, as both of these countries offers natural and cultural wonders in spades.

While Denmark and Sweden had plenty of conflicts historically — see: the Dano-Swedish wars of the 15th through 18th centuries — those are long past, and they’re closely linked today. The two countries’ residents are often referred to as “broderfolk” (brother peoples), their languages are mutually intelligible (especially near the border), and a spectacular bridge creates a connection that’s more than just geographical. Many travelers choose to visit both in one trip, but if time or preference limits you to one, here’s a breakdown of what makes each unique.

Differences Between Sweden and Denmark

Comprised of the Jutland Peninsula and numerous islands, Denmark is around 44,000 square kilometers (17,000 square miles) in land mass and has 5.6 million residents. Sweden has over 10 times the land mass, at around 450,000 square kilometers (174,000 square miles), but less than double the number of residents (10.1 million). Even though the countries are not dissimilar in many ways (and both have capital cities that each can make for a memorable vacation in themselves), Sweden’s much larger size gives it the edge for outdoor adventurers who love wide open spaces, as well as those who have a little more time to cover attractions that span a larger surface area. Denmark’s smaller size gives more manageable for those who want to do more in less time and still have a quintessentially Scandinavian experience.

What to Do in Sweden

Sweden’s three biggest cities — Stockholm, Gothenburg, and Malmö — all have plenty of activities and attractions to please even the most seasoned traveler. Many choose Stockholm, the largest, as a home base for their Sweden experience, and visits to the Vasa Museum (the world’s best preserved 17th-century ship and the most visited museum in Scandinavia) and the Royal Palace (home of the Swedish monarch) are both a must. And “Gamla stan,” the small island on which the palace is located, is one of Europe’s best-preserved medieval city centers — it’s where Stockholm was founded in 1252 — and one of Sweden’s most iconic spots. With its candy-colored 17th- and 18th-century buildings and cobblestone streets, it’s both whimsical and historic. Here, the present and past effortlessly meet: visit the medieval Storkyrkan Cathedral and have a drink at an old-school pub, and then experience New Nordic cuisine at one of the island’s ultra-modern bistros.

Outside of the cities (and interspersed with them in many cases), Sweden’s diverse array of natural attractions are world-renowned. Beaches, waterfalls, geologic formations, canyons, national parks, hiking trails, and more offer beauty at every turn — and they offer plenty of activities for the adventure-seeker like hiking, canoeing, fishing, cycling, sailing, windsurfing, rafting, and even bird-watching. And the list grows in winter, with cross-country skiing, alpine skiing, ice fishing, and snowmobile rides being major draws for travelers. If you’re overwhelmed by planning an itinerary given the sheer amount of choices, see the country by ship — and opt in on any chance for a shore excursion.

What to Do in Denmark

Copenhagen, Denmark’s capital and largest city, is its most frequently visited with good reason: it offers a well-rounded experience for virtually any type of travelers. Arguably the most famous attraction in the city (and the reason why some come in the first place) is Tivoli Gardens, the world’s oldest theme park. The rollercoasters and carousels are legendary (especially the Star Flyer, which takes riders over 250 feet, or 76 meters, high), but even if you’re not into rides, the beautifully preserved 19th-century architecture and decoration here — evocative of a genteel, storied past — is a draw all on its own.

Another must-see is Nyhavn — a historic waterfront area next to a 17th-century canal where centuries-old wooden ships are still moored. Colorful painted houses on both sides of the canal, dating to the 1600s and 1700s, are one of the city’s most defining sights — and a number of them house restaurants, cafes, and bars with outdoor seating, perfectly cut out for relaxing and people-watching.

When it comes to museums, Copenhagen is a treasure trove, with options for everything from modern art to cutting-edge tech. But if you only have time for one, you can’t go wrong with the National Gallery of Denmark (also known as the SMK, or Statens Museum for Kunst), which is the country’s largest art museum. Lose yourself in Nordic, Danish, and European works from masters including Albrecht Dürer, Pablo Picasso, and many more masters. And the building itself is a stately place to relax; sit on a colorful chair by the museum’s pool and reflect for awhile.

Traveling Between Sweden and Denmark

Traveling between the two countries is as simple as crossing a bridge by car or train — and a very cool bridge, at that: The Øresund Bridge, which crosses the Øresund strait between Sweden and Denmark, begins in Malmö, Sweden, turns into a tunnel in the middle of the strait, and emerges above-ground again in the Copenhagen metropolitan area. Opened in 2000, the bridge connects the countries beyond just physically: Malmö and Copenhagen are now considered one joined metropolitan region called the Øresund region. 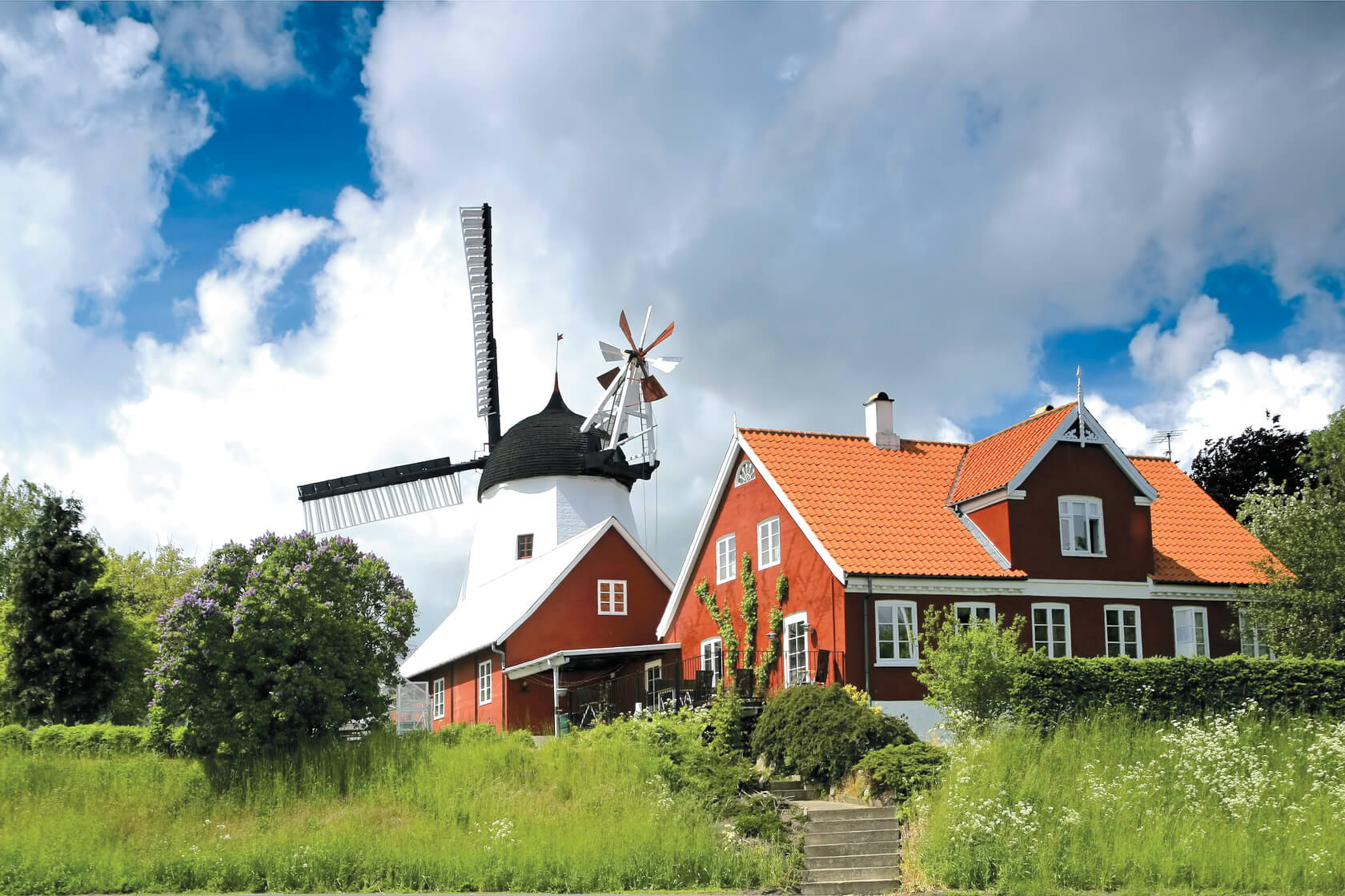 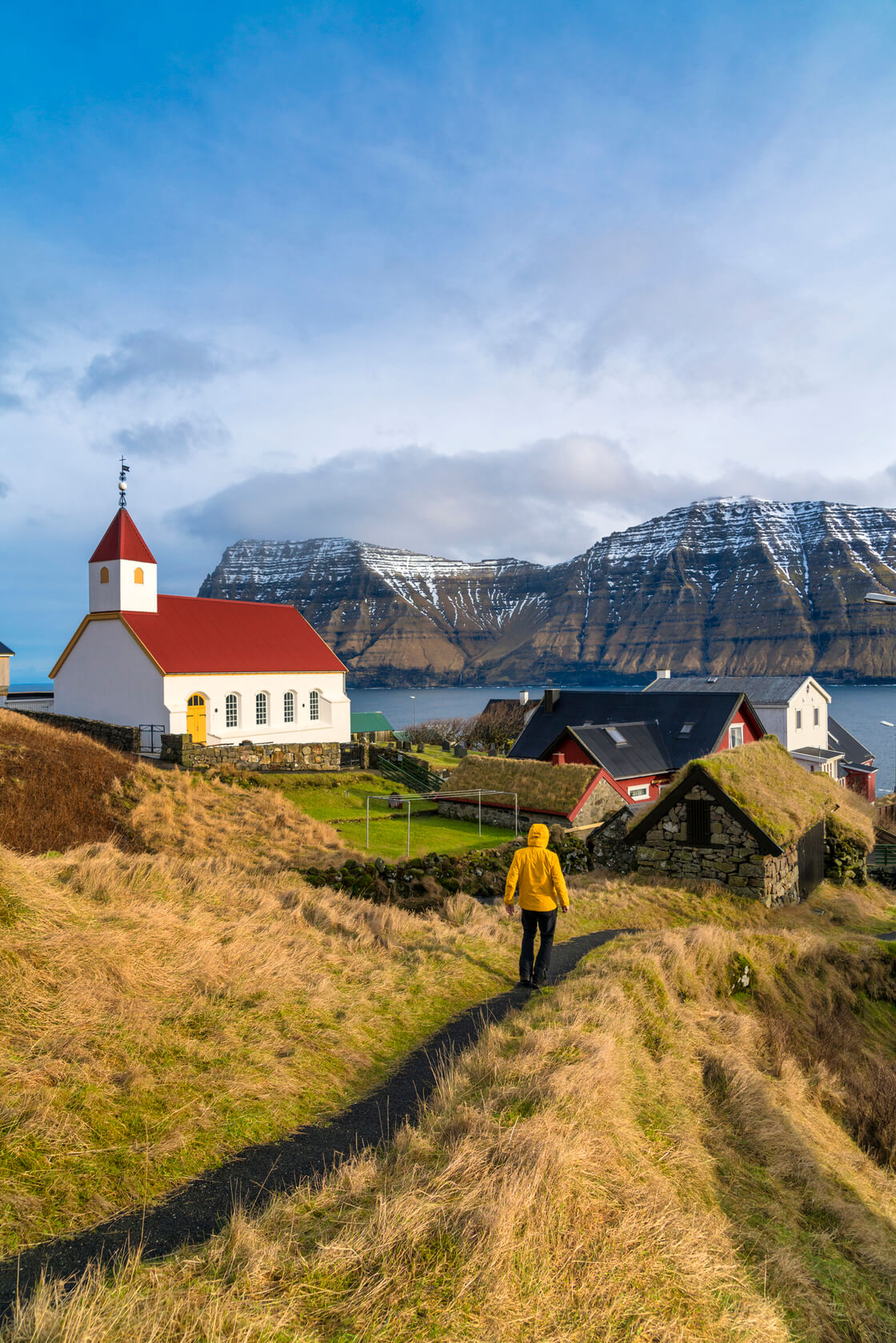 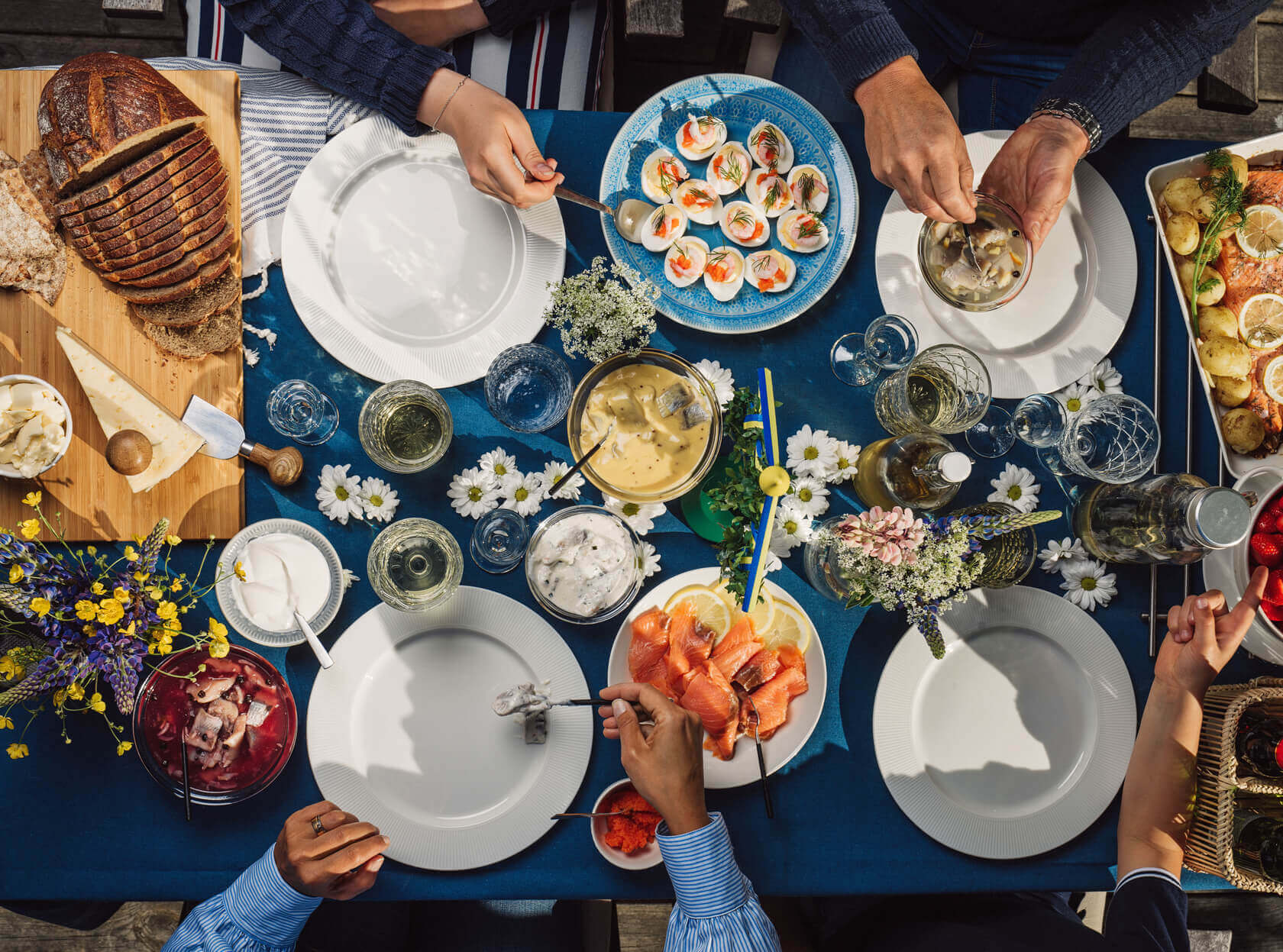 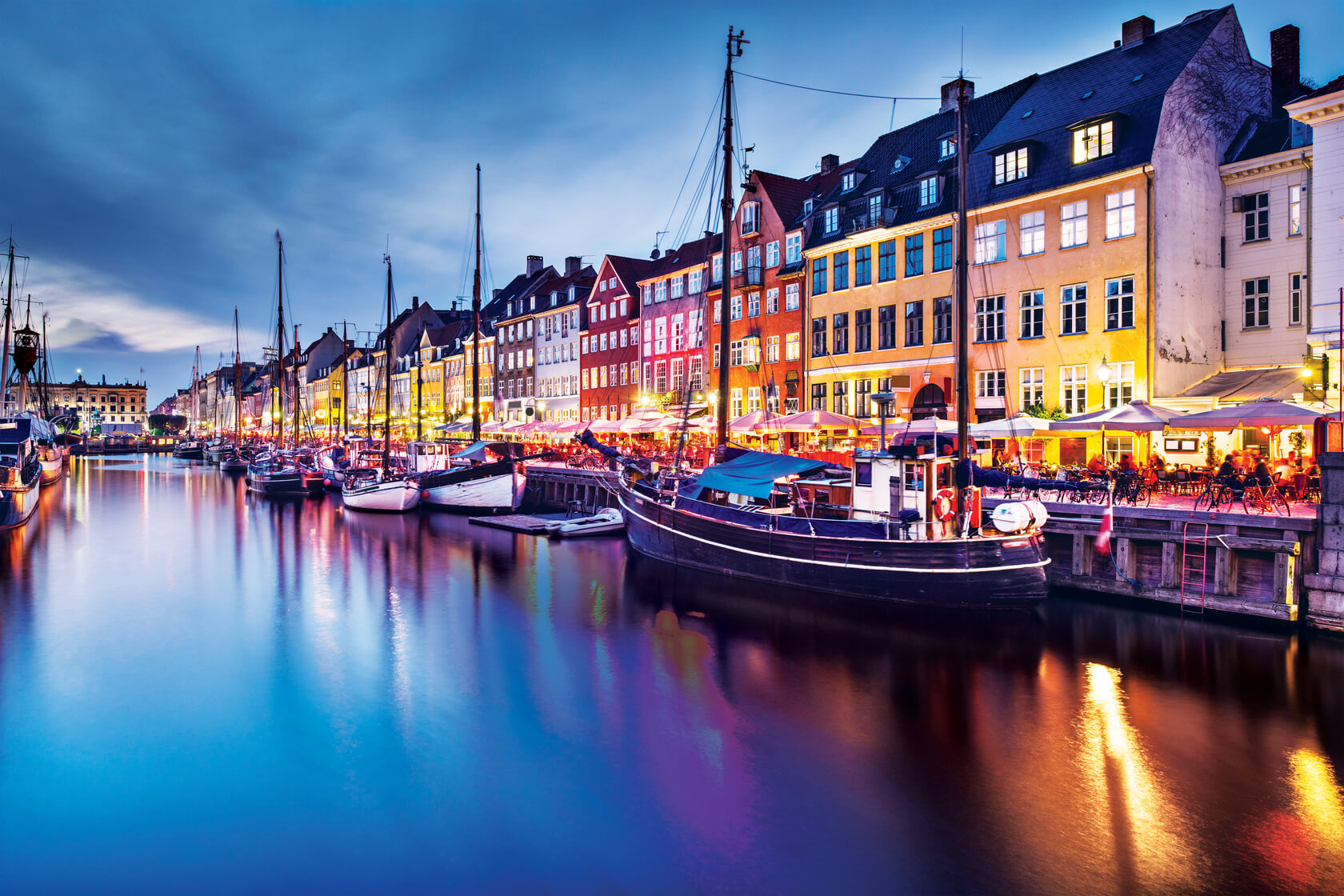 The whys, whats, and hows of the everyone’s food obsession.

Northern Europe has always been a real people-pleaser as a cruise destination, offering a wide variety of attractions that appeal to every traveler's appetite.

From Scandinavia to Iceland to the UK, discover the unique cultures, stunning architecture and spectacular natural beauty in absolute luxury.

Seabourn has planned an array of optional shore excursions of both general and special interest in the ports of call on your cruise vacation.

With their unmatched sense of style, elegance, and grace, Seabourn ships beckon you to travel beyond the bounds of the imagination.