To take a trip to Norway is to be moved by the majestic, natural beauty of its fjords — especially if that trip is a cruise down the winding waterways that connect these majestic, ancient natural formations. From getting a close-up view of spectacular waterfalls and glaciers to spotting tiny towns and frolicing wildlife farther in the distance, this trip is a treat for travelers of virtually any type. Here are just a few of the most spectacular of Norway’s world-famous fjords.

Rightfully dubbed the King of Fjords, the 127-mile Sognefjord — Norway’s largest and deepest — starts near a scatter of small islands and winds into dense, mountainous countryside. One of its most amazing features is what you don’t see: the sheer depth of the water in parts (its deepest point is 4,231 feet). That, combined with the height of the glacier-carved peaks above it (including that of the Jostedalsbreen, Europe’s largest glacier), defines the word “grand.” You’ll look up and see everything from majestic glaciers to precariously perched little farms in this most iconic of sights that mentally transports you back to a time when the Vikings made their lives here.

Nordfjord may only be the country’s sixth-longest fjord, but it allows for one of the most spectacular sights in this part of the world: the Jostedalsbreen Glacier (which is located between the inner reaches of this fjord and the Sognefjord), making it one of the highlights of a cruise through the area. The surrounding snowy peaks are a skiers’ paradise, and in closer proximity, these waters hold some of the area’s best fishing opportunities; find a local guide and enjoy fishing in the same spots the pre-Vikings did.

Norway’s ninth-longest fjord at 55 miles in length, Romsdalsfjord is one of the country’s most scenic waterways. Shoreline towns and dramatically sloped farms line the waterway, with plenty of wildlife on view the whole way. And an especially notable feature is the island of Veøya (located where the fjord splits into three tributaries), which was an important market town in the Middle Ages.

A 9-mile-long branch off the Sunnylvsfjorden, which is a branch off the Storfjorden, this UNESCO-cited waterway passes snow-capped mountains with antique farms perched precariously over their steep walls. You’ll also see some of the world’s most famous waterfalls, including the famous Seven Sisters (seven waterfalls that fall from a height of 820 feet) and The Suitor, on the opposite cliff, which faces them. If you get tired of looking up and want to get a view from the top, head to the Geiranger Skywalk in Dalsnibba, which offers spectacular vistas of the fjord. 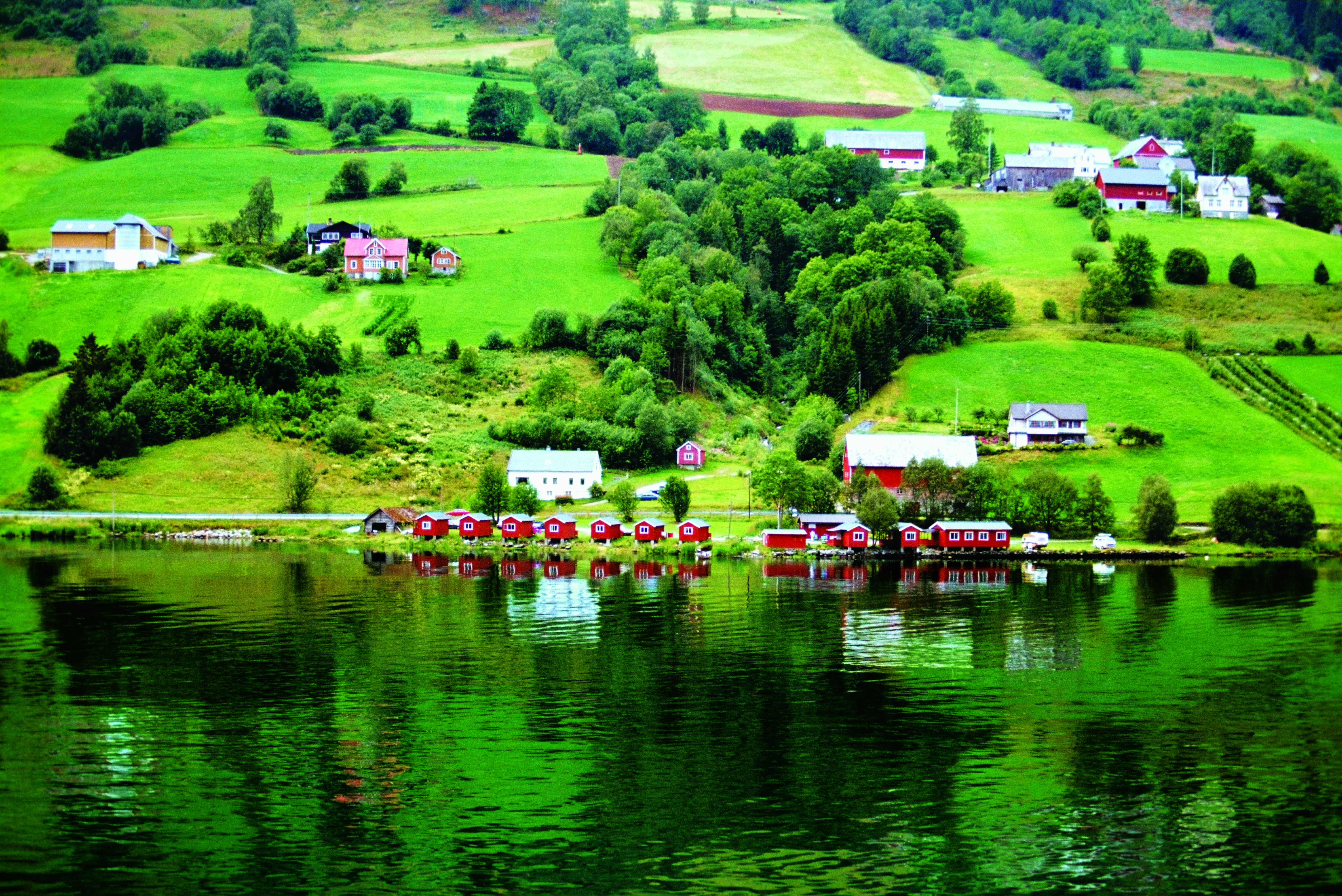 Experience a World of Adventure with Seabourn

The most luxurious cruise line is on a mission to become the most adventurous.

Culture · Things to do · Northern Europe

What To Do In Kristiansand

Enjoy the walkability of this southeast Norwegian port city.

You Need to Go to Ålesund

Come for the towers and turrets. Stay for the stunning views of the Sunnmøre Alps.

Seabourn is please to be partnering with UNESCO to promote sustainable tourism at World Heritage properties.

The Ventures by Seabourn program provides Seabourn guests the opportunity to participate in exciting, adventurous optional activities that are expertly planned, professionally operated and escorted by skilled expert guides.