7 Treats to Try in Foodie-Favorite Limassol

Enjoy these Cypriot specialties you'll find on nearly every menu in Limassol.

Celebrity chef Roddy Damalis may have turned Limassol into a foodie hotspot, but the port harborh as long been known for its fusion fare. Cyprus's position at the crossroads of ancient trading routes across the Mediterranean and Middle East brought merchants who not only traded their wares, but also recipes and spices. Locals added seasonal vegetables, legumes, and plenty of olive oil to create one the most flavorful and healthy cuisines in the world.

Here are a few Cypriot specialties you'll find on nearly every menu in Limassol.

Halloumi It's always "grilled cheese o'clock" in Limassol thanks to this iconic cheese, made from a mixture of goat and sheep milk that is packed in brine instead of bacterial cultures. This unique production process creates a white, firm cheese that is somewhat salty with a rubbery texture. (The process also is patented, so halloumi can only be produced on Cyprus.) Halloumi's popularity is increasing with chefs worldwide as well, both for its mild flavor and the fact that it can be easily fried or grilled. You'll find halloumi in everything from pot roasts to pasta dishes, sandwiches to halloumi fries. Locals serve it cold with a slice of watermelon for a refreshing summer treat.

Koupepia Cyprus's version of the Greek dolma mixes minced pork or beef, rice, onions, and fresh herbs, all carefully wrapped in grape leaves and cooked in tomato sauce. You'll find koupepia in every Cypriot kitchen, usually served warm as part of a meze platter, although it can be a main dish. Stuffing vegetables – known as gemista – is so popular here, locals go beyond vine leaves to stuff peppers, tomatoes, eggplant, and even courgette flowers.

Sheftalia The Cypriot twist on Turkish kebabs blends cinnamon, tomatoes, onion, and herbs with minced lamb or pork, wraps the mixture in caul fat, then cooks it over a grill or in the oven until all the fat melts away. (Vegetarians can use mushrooms and halloumi.) Sheftalia is served with cucumber, Piccalilli pickles, and Cypriot pita bread, which is thinner and more oval shaped than Greek pitas.

Trachanas This thick, hearty soup is the ultimate comfort food. It's made from pasta of the same name, a mixture of bulgur wheat and fermented goat's milk that is sun-dried, then crushed into small chunks and stored for the winter. Pieces of halloumi give the cooked soup a nice chewy texture. For a more complex flavor, try adding tomato sauce, vegetables, and favorite spices. Trachanas pasta is sold in stores, so bring some home for a unique souvenir.

Louvi Black-eyed peas are another Cypriot staple, and many families still designate a day each week to these healthy legumes. (The tradition stems from peasant days, when the drought-tolerant pea was one of the few things that would grow during Cyprus's summers.) Louvi are boiled until nearly soft before silverbeet or chard is added; once finished cooking and drained, they're drizzled with olive oil and lemon juice. Serve them alone or alongside courgettes, cucumber, tomato, and even tuna.

Loukoumades These sweet treats are not only popular on Cyprus, but across Greece, Turkey, and Egypt as well. Also known as lokma, loukoumades are bite-sized dough balls that are deep-fried, soaked in honey, then sprinkled with cinnamon and crushed nuts or sesame seeds. You can buy them from street vendors and in coffee shops around Limassol. Feeling indulgent? Order them with ice cream or chocolate sauce – or both!

Glyko Tou Koutaliou Glyko tou koutaliou are perfect for after lunch or when you want just a little something sweet (the name literally means "spoon sweet" because they can fit on a spoon). They can be made with cherries, watermelon, and other fruits (locals also use sweeter vegetables like carrots and pumpkins, or even walnuts), which are then boiled, sugared, and stored in the syrup. Enjoy them with a cup of Cypriot coffee.

Global health note: Due to the shifting nature of COVID-19, Seabourn highly recommends checking in with all of the above venues before visiting to confirm hours of operation and pertinent regulations.

7-Day Heart of the Aegean

7-Day Gems of the Greek Isles 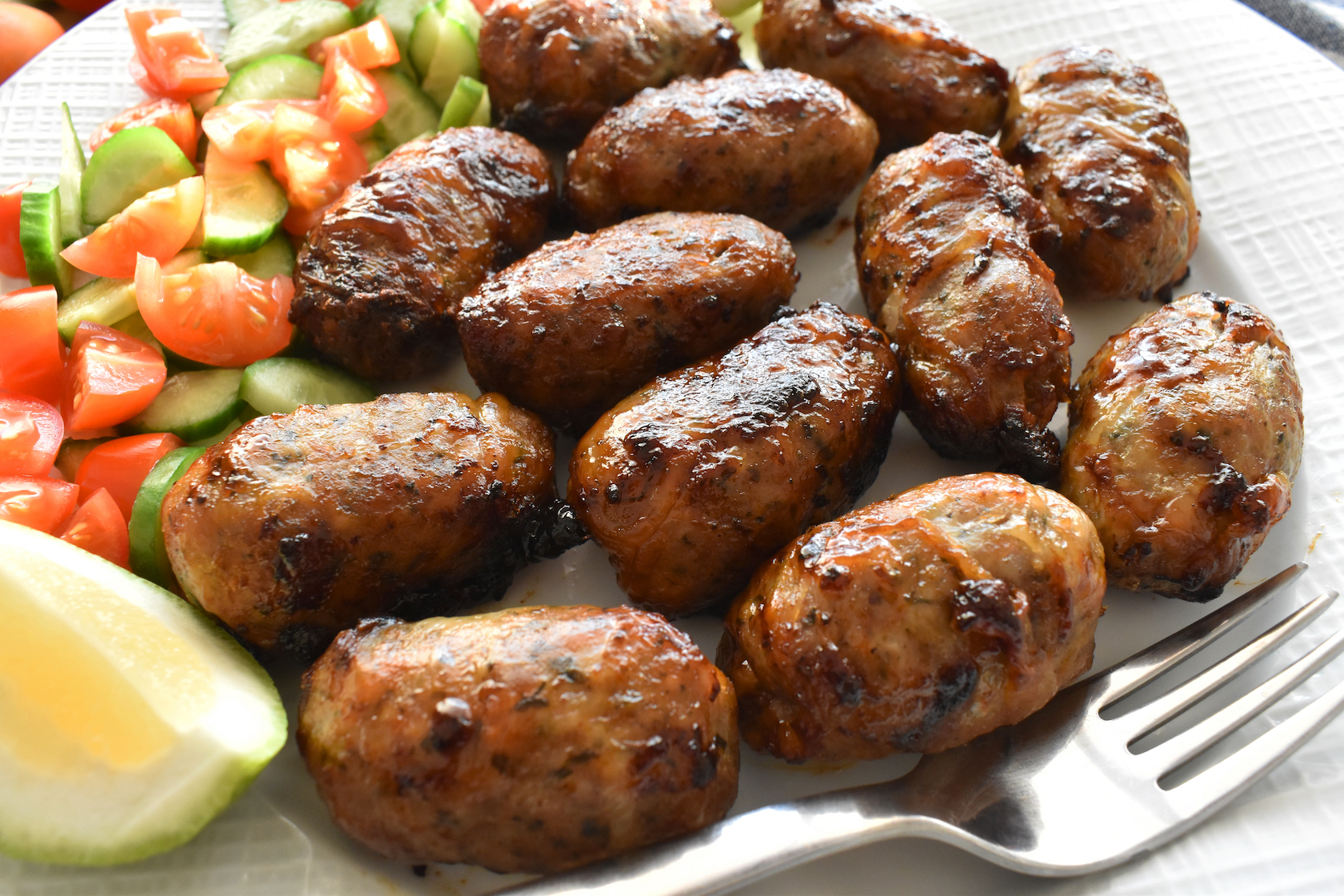 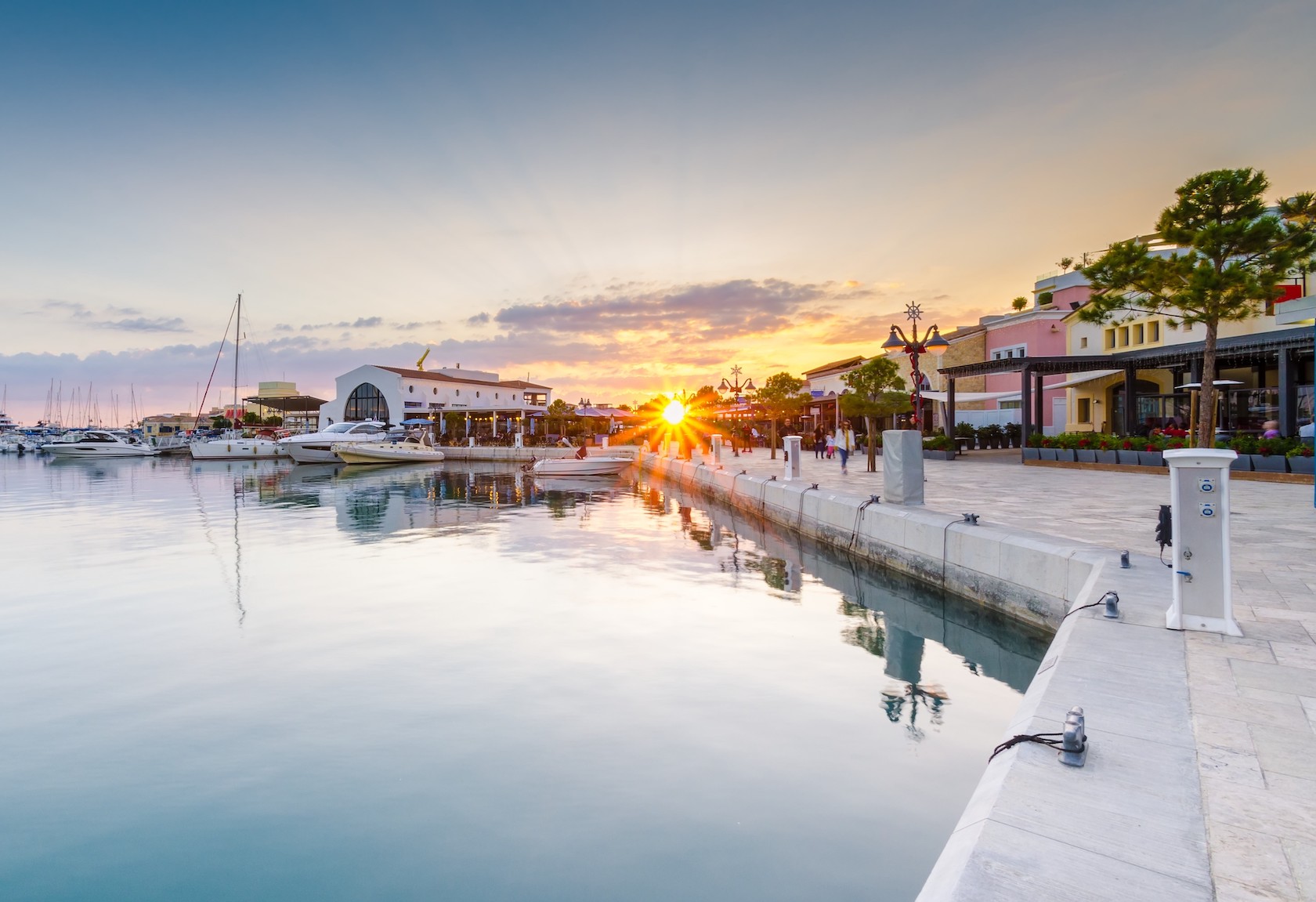 7-Day Heart of the Aegean

7-Day Gems of the Greek Isles

The Fresh Flavors of Greece

Hand Crafted Cocktail From Sea To Your Home

Some of the world's greatest myths and legends.

With their unmatched sense of style, elegance, and grace, Seabourn ships beckon you to travel beyond the bounds of the imagination.