Waterfront parks, mountaintop views, and some of the best sushi outside of Japan are just a few of the things to look forward to in this coastal Canadian city

When you first visit Vancouver, you’ll likely experience déjà vu. That’s because, in a certain sense, you’ve already encountered the city—in movies. Nicknamed “Hollywood North,” Vancouver is one of the world’s top film and TV locations because of its infinitely diverse landscape. With futuristic glass skyscrapers and historic Art Deco architecture, snow-capped mountains and sandy beaches, tree-lined promenades and graffiti-laden alleyways, it can easily conjure London or Tokyo, small-town America or even outer space.

Because of its wide-ranging appeal, it’s impossible to pinpoint Vancouver’s most distinctive trait. It’s famous for scenic mountain hikes and waterfront views, but also fine dining and craft beer. It’s beloved by foodies and fitness enthusiasts, as well as culture aesthetes and nature lovers. To that end, there’s something for everyone in this three-day itinerary covering the best of what the city has to offer.

Kick off your trip at Stanley Park, a sprawling west coast rainforest bordering the downtown core. Circumnavigate the 400-hectare park via the Seawall, a mostly flat pathway that traces the Burrard Inlet and English Bay. If you’d rather bike than walk (the route is 5.5 miles, or 8.8 kilometers to Canadians), rent a bike at one of the many rental shops on Denman Street before you head out.

The Stanley Park Seawall wraps up around English Bay, a sandy beach with some of the best views of the southwestern coastline (and a perfect photo op). Keep walking a short way over to Hornby Street to board the aquabus, a mini tugboat that criss-crosses False Creek, over to Granville Island. Don’t worry about timing, since the boat arrives at the dock every five minutes.

On Granville Island, head to the public market—a bustling indoor venue with rows upon rows of local produce, seafood, and baked goods. Order piping hot fish and chips at the food court and take them out to the waterfront benches for lunch al fresco.

Wash lunch down with a tasting tour at Granville Island Brewing, the first microbrewery opened in Canada in 1984. If you’re with kids, take them to the Kids Market, a two-story playhouse with games, toys, and costumes.

Take the aquabus back across False Creek to end the day in Yaletown, a shopping district lined with warehouse lofts, fashion and decor boutiques, and a number of notable restaurants and bars (one of the best of which is Minami, a contemporary sushi bar locals love).

Begin the day in Robson Square at the Vancouver Art Gallery, the largest gallery in western Canada. Then, from central downtown, walk along Granville Street to Gastown, the city’s oldest neighborhood. On the way, pop inside the stunning three-story flagship of Holt Renfrew, Canada’s foremost luxury department store.

Gastown, named after a tavern opened in 1867, is a historic site of Victorian architecture, cobblestone streets, and vintage lamp posts. Stop at Timbertrain, a cozy train-themed café for artisanal coffee and pastries, before checking out the many indie fashion boutiques dotting the neighborhood. At the foot of Water Street, snap a picture of the famous antique-style “Steam Clock,” a famous landmark built in the ‘70s that is—you guessed it—powered by steam. For lunch, head to Tacofino Taco Bar for inventive tacos and beachy surfer decor (the restaurant began in the parking lot of a surf shop in Tofino, B.C.).

After lunch, take a short walk to Chinatown to visit the Dr. Sun Yat-Sen Classical Chinese Garden, the first classical Chinese garden to be built outside of China in 1986. Walled off from the noise of the city, it is a tranquil oasis of koi ponds, cherry trees, and traditional Chinese architecture—and is one of the world’s top 10 city gardens, according to National Geographic. End the day with a cocktail at The Keefer, an award-winning bar with an apothecary-themed menu of “Remedies and Cures.”

Spend your last day in North Vancouver (a.k.a. the “North Shore”), a mountainous suburb famous for skiing and hiking trails. If you’re visiting between November and April, consider skiing or snowboarding on Grouse Mountain. Alternatively, you can scale the mountain on the Skyride, an aerial tram that climbs to 3700 feet in just 12 minutes. Once at the peak, stop for breakfast while you take in unforgettable views of the cityscape, neighboring mountains, Pacific Ocean, and Gulf Islands.

If you don’t ski or snowboard, head to Lynn Canyon Park for a leisurely hike along the Baden Powell Trail. The park is home to stunning waterfalls, a suspension bridge, a 30-foot swimming pool, and plenty of benches throughout for picnic breaks.

Your trip to Vancouver wouldn’t be complete without a beer tasting. North Vancouver’s craft beer scene is on the up and up, and its breweries feel more laid-back than the long-established hot spots in East Van and Mount Pleasant. Start with the brewery that kicked off North Vancouver’s beer scene back in 2012: Bridge Brewing. Get there early—the cozy wood-paneled tasting room starts filling up around the three or four in the afternoon. Next, head to the Lower Lonsdale Shipyards, the neighborhood’s unofficial beer district. Don’t miss House of Funk and Beere Brewing, buzz-worthy watering holes that are conveniently located on the same street. Finish at Green Leaf Brewing inside Lonsdale Quay Market, a waterfront destination with great people-watching and photo-worthy views of downtown.

Green Leaf Brewery is steps away from the Seabus, a mini passenger-only ferry that will take you back to the city center. Running every 15 minutes during the day, it is one of the most convenient ways to get from the North Shore to downtown Vancouver, and many locals take it on their daily commutes. Snag a spot by the windows so you can watch the mountains dissipate behind you while you ride into the city—a picturesque end to your three-day journey. 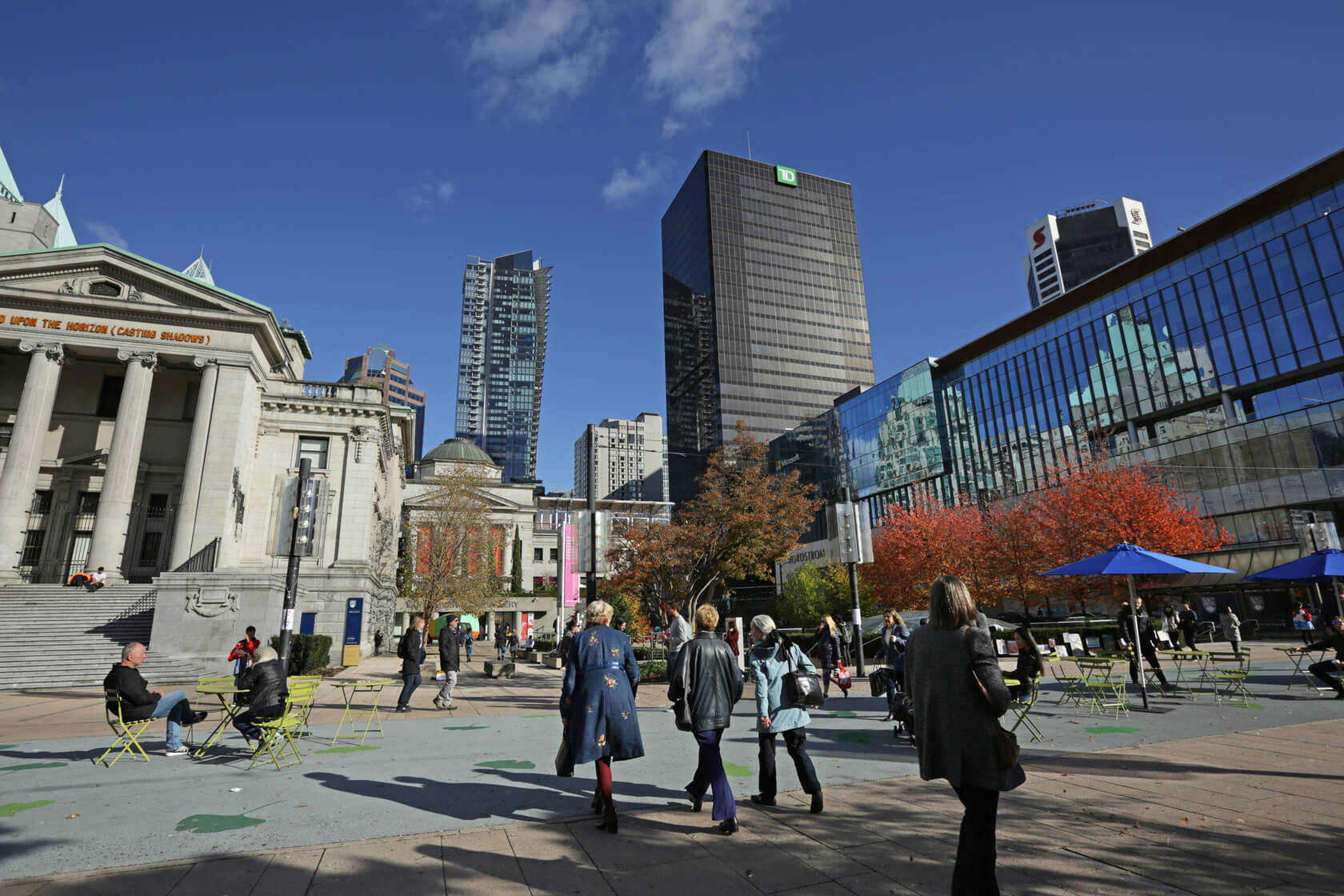 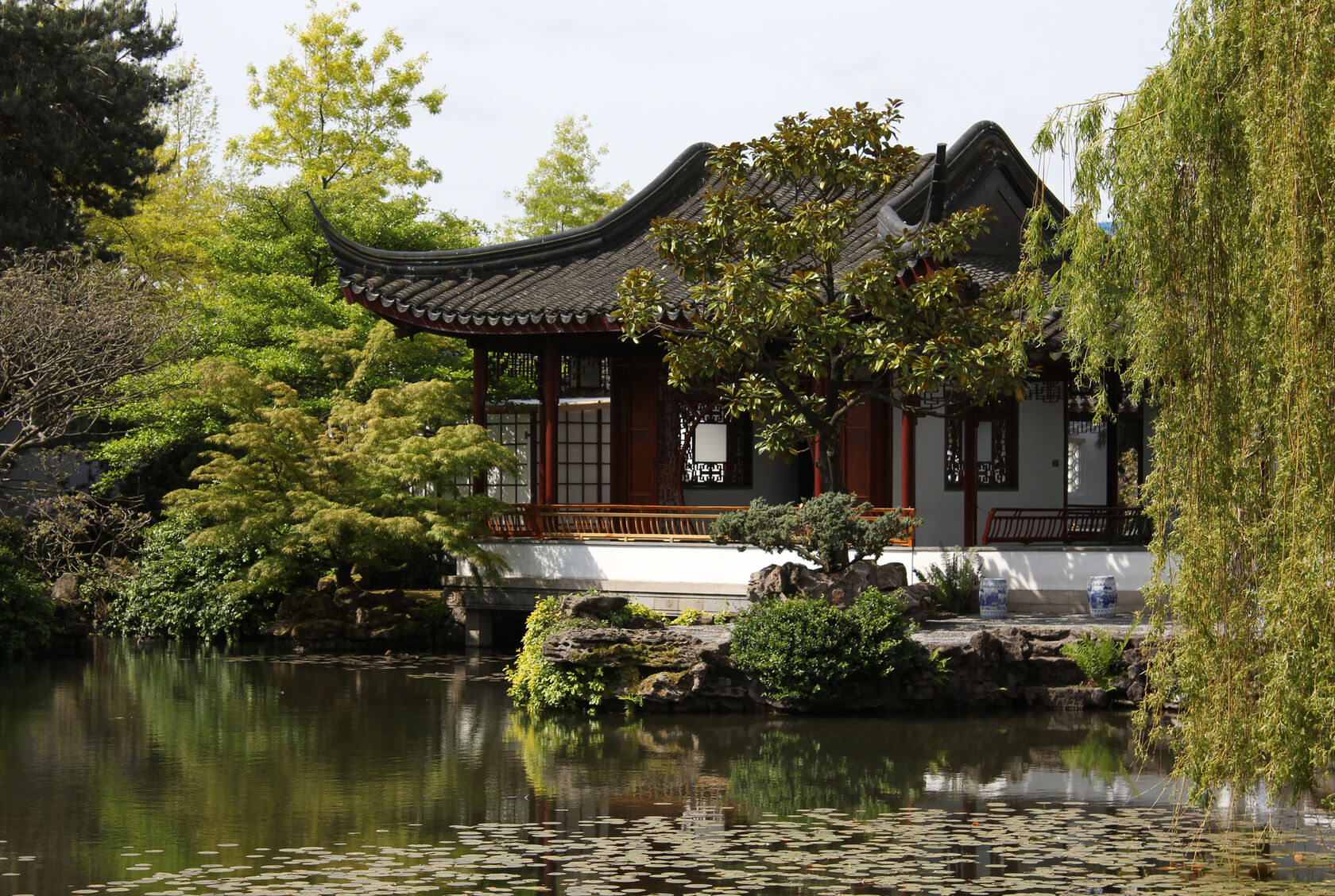 Things to do · Destinations · Alaska

A New View of Southeast Alaska

Things to do · Canada & New England

Experience the grandeur of the majestic Canadian Rockies, Banff National Park and Lake Louise, crowned by one of the the world's most spectacular rail journeys in a luxury, glass-domed car.

Here’s the scoop on a lesser-known but equally stunning Canadian waterfall.

The immensity of the Great Land complements the intimacy of Seabourn Sojourn. Seen from the deck, snowy mountains loom in the blue sky, seeming almost close enough to touch.

Seabourn welcomes you to luxury cruising refined to its purest form. Where hand-selected itineraries take you to placed beyond the reach of larger ships.